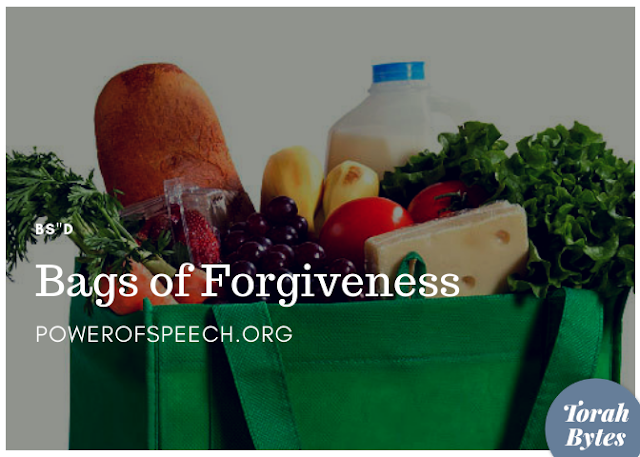 as told to T. Gestetner, published by PowerOfSpeech.org

Yitzchak was learning in a kollel in a close-knit, out-of-town community. When his wife gave birth to a baby girl, he blissfully invited everyone to the kiddush. All such celebrations were shared events, with the women in the community providing heaping tables full of homemade baked goods to enhance the simchah.

There was only one person Yitzchak felt no pleasure in inviting. That was Zev, a reserved, quiet man who rubbed Yitzchak the wrong way. The day after Yitzchak’s daughter’s birth, friends gathered around him after davening. He shook hands and told each, “I hope I’ll see you at the kiddush this Shabbos!” Zev, who lingered at the edge of the group, nodded and said mazal tov.

Yitzchak responded responded in a light tone but in all seriousness, “You don’t have to shlep yourself to the kiddush. I’m sure you and your wife have cake at home.”

Zev was dumbstruck by the callous comment. He tried to process it through various dan l’chaf zechus strategies: He’s overwhelmed with the new baby; his sense of humor is a little too sharp; he’s young and still a bit insensitive. None of it rang true. He arrived home still smarting from the verbal slap. His wife noticed right away and asked him what was wrong.

Zev related the scene that had just unfolded. His wife shook her head sadly, commiserating with her husband’s wounded feelings. There seemed to be nothing worthwhile to say.

A few days later, Zev’s wife picked up the phone to call Yitzchak’s wife. “Mazel tov!” she said. “I'm not much of a baker, so I didn’t send a cake to your kiddush, but I thought perhaps I could make it up in a different way. You’re probably stuck at home and your husband must be overloaded with responsibilities with you still recovering. I’m going to the supermarket today and if you give me your shopping list, I’ll gladly do your shopping for you.”

That afternoon, Zev’s wife found herself in the supermarket pushing two separate carts, one for herself and one for Yitzchak’s family. She filled each to the top, paid the bill, and then delivered her neighbor’s bags to her doorstep. She never told anyone what she had done.

Eighteen months later, Yitzchak’s wife gave birth to another baby, this time a little boy. The bris took place on Shabbos. Zev, who had davened elsewhere that morning, decided to stop by the shul and wish Yitzchak mazel tov. With his easy-going nature, he had long ago forgotten the pain of the hurtful comment Yitzchak had made.

As he entered the room, he was approached by another guest.

“Where were you? Yitzchak wanted to give you an honor at the bris, but you weren’t here.”

When Zev’s wife heard about this, she knew that the grocery order had done its job. Instead of fanning the fire of a conflict, she had wisely turned the situation into one of kindness, forgiveness and shalom.

TALK ABOUT IT: What message do you think the groceries delivered to Yitzchak?