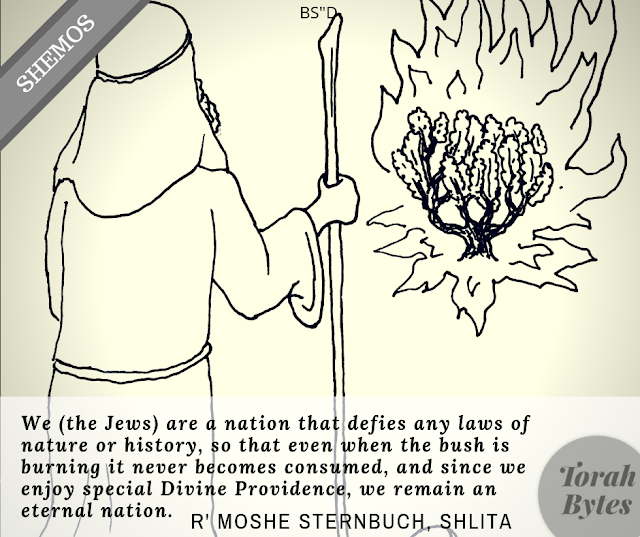 Throughout history, our foes have endeavored to destroy us physically or spiritually, and when they witness our suffering, they imagined that this nation, which is such a thorn in their eyes, was finally going up in flames. However, we are a nation that defies any laws of nature or history, so that even when the bush is burning it never becomes consumed, and since we enjoy special Divine Providence, we remain an eternal nation.

The Nazis slaughtered the majority of European Jewry, including the major Torah centers. They imagined that this would put an end to the Jewish nation, and even prepared a museum to commemorate this lost nation and its religion. However, in the succeeding decades Torah institutions have flourished as never before, because in each generation the Jewish nation demonstrates that it is not subject to any natural laws.

Rav Yechezkel Levenstein noted how Hashem makes fun of the wicked and uses them to frustrate their plans. Paroh, fearing the birth of the Jews’ savior, decreed that every male newborn had to be thrown into the Nile. In the end, he himself unwittingly brought this savior up in his own palace, and his own daughter paid a nursemaid’s fee to the future savior’s mother in order to keep him alive. “He Who sits in heaven laughs, Hashem derides them” (Tehilim 2:4). So it has always been with those who seek to uproot the Jewish nation physically or spiritually.
Rabbi Moshe Sternbuch Shemos