Focus on Your Spirituality (Shemos) 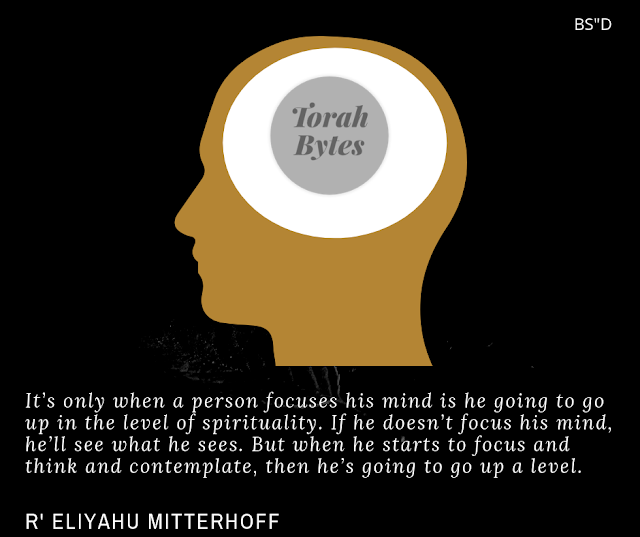 First it said, “Angel of Hashem appeared to him in a blaze of fire.” (Shemos 3:2) And then it says, “Hashem saw that he turned aside, and God called out to him.” (Shemos 3:4) So, what’s going on there with this burning bush, is it an angel or is it Hashem?” The Ibn Ezra wants to answer that both times it’s talking about an angel. Obviously when it says an angel of Hashem appeared to him in a blaze of fire, it was an angel. And even when it says, “I am the God of your father,” so the angel’s speaking in the name of God. But the Ramban doesn’t like this because he says, “Why did Moshe turn away? Moshe was a tremendous prophet. Why would he be scared of an angel?” So, he wants to explain that it’s true. At first, Moses saw the angel but Hashem was there also but he didn’t see Hashem. It was only after that he saw Hashem. The Ranbam says like this. “At first, the angel Michoel appeared to him and the glory of the shechina was there as well. But Moses did not see the glory of the shechina, for he had not prepared his mind to receive prophesy. But when he did focus his mind and he turned aside to see the burning bush, then the shechina came into view. And that’s what it means, ‘Hashem called out to him from amidst the bush.’So, we learn from this that it’s only when a person focuses his mind is he going to go up in the level of spirituality. If he doesn’t focus his mind, he’ll see what he sees. But when he starts to focus and think and contemplate, then he’s going to go up a level.
The Rabbeinu Bachye holds like the Ramban. He says, only once that he saw the fire, and from there he saw that there was an angel inside of the fire. At that point, when he became focused, he was ready to receive the schechina, God’s presence. He says, “God wanted to educate him little by little. He wanted to raise his perception powers stage by stage, so that his intellectual faculties would keep up with the pace of his emotional faculties. The matter could be best illustrated by comparing it to someone who has sat for a long time in a dark room. If we open the door immediately, the sunshine comes in, and he becomes blinded by that experience. Therefore, you have to open it little by little. Just as the sunlight cannot be absorbed in its full impact all at once, so too spiritual insights can only be absorbed gradually in increasing quantities. The intellect, though in some respects is unlike the other senses, is similar to the senses in the sense that it cannot successfully absorb too much, too suddenly.” This is unbelievable. If a person wants to grow, of course we can grow from wherever we are but we’re going to have to focus, we’re going to have to think, and we’re going to have to go level by level. Because if we jump levels, it’s going to be too much for us. It’s like being blinded by the light. Hashem wants us to grow in a healthy way, in the correct way.
Rabbi Eliyahu Mitterhoff
Rabbi Eliyahu Mitterhoff Shemos