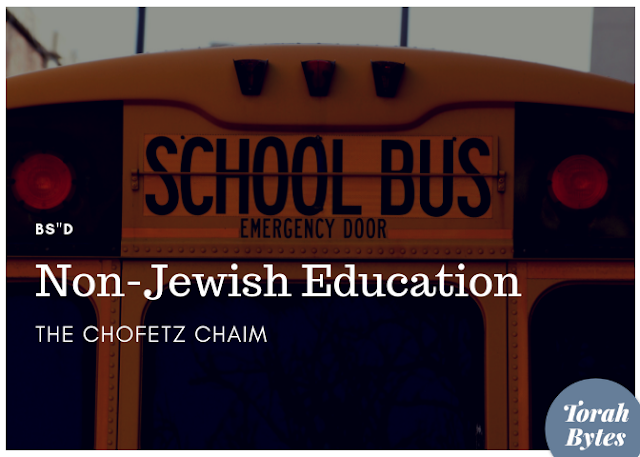 Because the midwives feared G-d, he gave them great dynasties of their own. (Bereishis 1:22)

When our ancestors were in Egypt, and Paroh commanded the Hebrew midwives to kill hte Jewish newborn sons, this must surely have been a frightening decree. One cannot imagine the fear inspired by a wicked king such as Paroh.  Even so, the Torah teaches that the Hebrew midwives were unimpressed by the king's decree, and did not heed it.  Not only did they refuse to kill the infants, but they supplied them with food and all their vital needs, actually risking their lives for them.  G_d rewarded them, causing Kohanim, Levi'im and important personages to be produced among their descendants.

It is just so in our case.  There is a royal decree thta young children must study in non-Jewish schools.  Even so, parents are warned not to have any part in handing the children over to the authorities.  In fact, they must avoid this with every ounce of their spiritual strength and material means even if it results in their own imprisonment for several years, for such is their Torah duty.  If they conduct themselves so, their Heavenly reward will be exceedingly great.

If government officials take the children by force, and it is impossible to oppose them, they will surely be considered exempt in G-d's eyes, for there was nothing that they could have done to prevent it.  Let them place their trust in G-d to fight their battles, for G-d stands to the right of the poor. Heaven forbid that they should deliver their children up with their own hands, for by doing so, they murder their children themselves.

In conclusion, every Jew must realize that the non-Jewish schools, which disseminates heresy and skepticism, are nothing less than houses of idolatry, and whoever denies G-d and His Torah is an outright heretic.