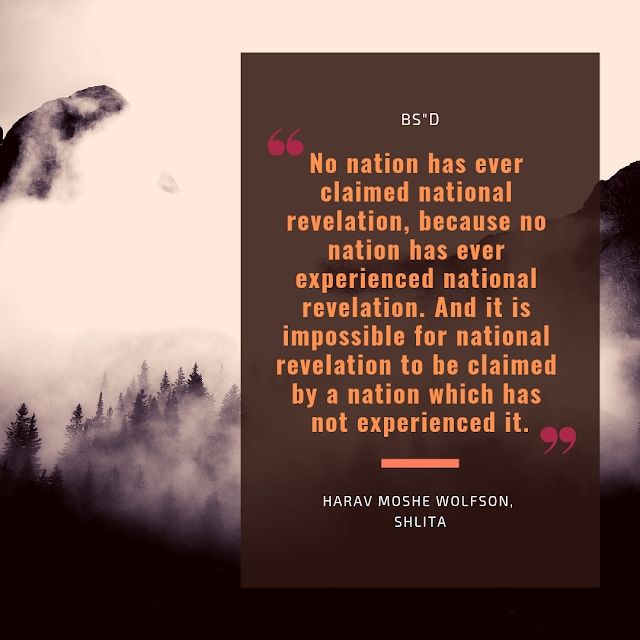 based on the Torah of HaRav Moshe Wolfson, shlita

While other religions are built upon a supposed revelation to one or a few individuals, Judaism is based upon a revelation experienced by at least 3 million. Standing on the foot of Har Sinai, Klal Yisrael didn’t listen to Moshe Rabbeinu proclaim himself prophet and hand them the Torah. Rather, each individual experienced a personal revelation of Hashem when they heard the first two Aseres Hadibros directly from Him. Then, they all witnessed Hashem appoint Moshe Rabbeinu as His prophet.

"Inquire now regarding the early days that preceded you, from the day when Hashem created man on the earth, and from one end of the heavens to the other end of heaven: Has there ever been anything like this great thing, or has anything like it been heard? Has a people ever heard the voice of Hashem speaking from the midst of the fire as you have heard, and survived?”