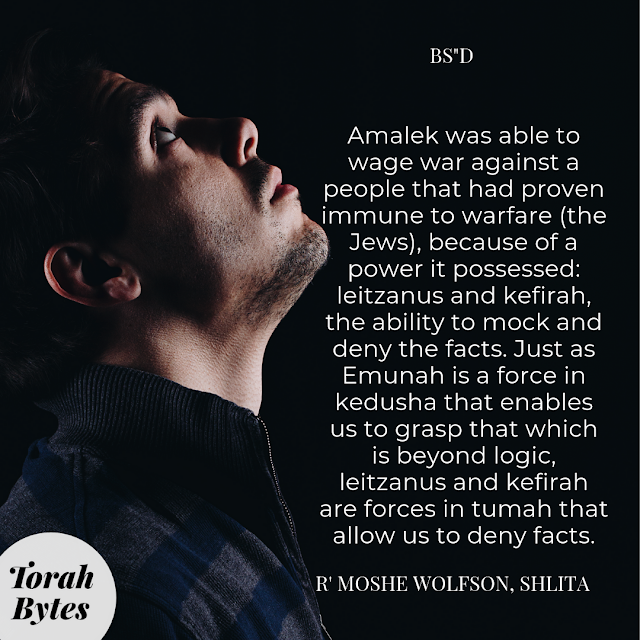 “Then, the chieftains of Edom were confounded, trembling gripped the powers of Moav, all the dwellers of Canaan dissolved.” The nations of the world did not rush to join the Jewish people in their recognition of the greatness of their G-d. But this much had been demonstrated to them: The G-d of this people was not to be started up with. Rational logic compelled them not to start up with this G-d Who manipulated nature with such ease.

Amalek, however, was the exception. Shortly after the crossing of the sea, they attack. Was Amalek crazy or suicidal? If all other idolaters were capable of understanding that attacking this new people who have arisen from Egypt was unthinkable, couldn’t they?

Amalek was able to wage war against a people that had proven immune to warfare, because of a power it possessed: leitzanus and kefirah, the ability to mock and deny the facts. Just as Emunah is a force in kedusha that enables us to grasp that which is beyond logic, leitzanus and kefirah are forces in tumah that allow us to deny facts.