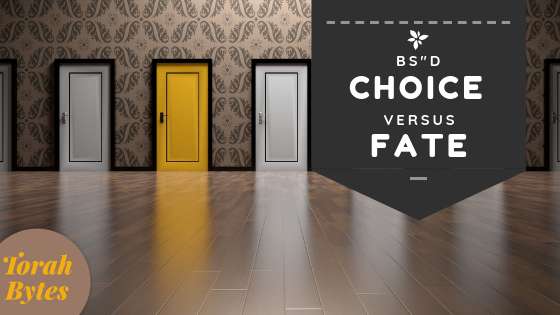 A kabbalistic exploration of Choice vs Fate based on a teaching of the Ari (R. Isaac Luria) that illuminates a particularly relevant feature of Quantum Mechanics. This is the first of a three-part series.  Each subsequent video will add a richness and subtlty to the subject.

This Illustrated Video Teaching entitled, “Choice & Fate: The Chaotic Interface Between Them” explores the Talmudic distinction between “higher mazal” (that’s subject to fate) and “lower mazal” that’s amenable to choice. When these two mazalot converge in the human psyche, their boundaries get fuzzy and its nearly impossible to sort them out.

This Illustrated Video Teaching entitled, “Choice & Fate: The Reconciliation of Free Will and Divine Omnicience” proposes a creative resolution of this intractable paradox as formulated by the Ohr HaChayim.