Gather Us Together (Mishpatim) 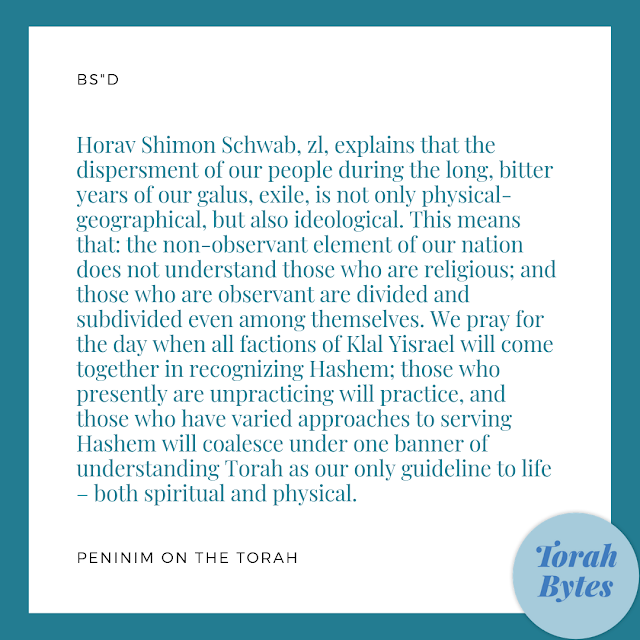 
Horav Shimon Schwab, zl, explains that the dispersment of our people during the long, bitter years of our galus, exile, is not only physical-geographical, but also ideological. This means that: the non-observant element of our nation does not understand those who are religious; and those who are observant are divided and subdivided even among themselves. We pray for the day when all factions of Klal Yisrael will come together in recognizing Hashem; those who presently are unpracticing will practice, and those who have varied approaches to serving Hashem will coalesce under one banner of understanding Torah as our only guideline to life – both spiritual and physical.

What about those who are not interested in returning, however, because they are unaware that they are in exile? Those of our brethren who have assimilated are quite happy living where they are living and doing what they are doing. They feel no need to return, because they do not think they are lost. I think this is the meaning of kanfos/corners, which is derived from kanaf, wing. There are Jews who have “flown” away with the wind, who are satisfied to be where they are, doing what they want. They feel no gravitational pull to “return.” For them, we also pray that Hashem gathers all the Jews from all four “wings” of the earth: those who have left for ideological reasons; and those who have flown away with the wind. We are all part of one unit.