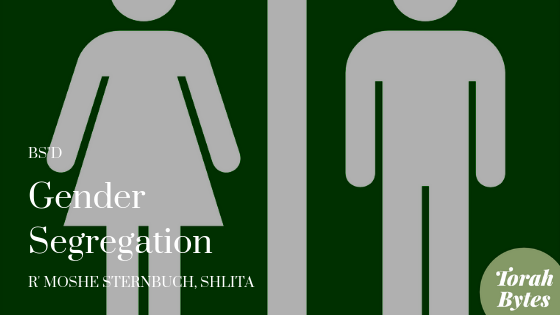 "Let them borrow, each man from his friend and each woman from her friend, silver vessels and golden vessels..." (Shemos 11:2)

Each man took from another man, and each woman from another woman  This teaches us about the necessity of separating the genders as  much as possible, and that a man should avoid speaking with a woman unnecessarily.

Rav Dessler told Rav Sternbuch that in the town of Kelm before World War I there were separate streets for men and women, or separate hours designated for men and women respectively to walk in the same street.  In shops, men would serve men and women served women.  However, after the War, poverty became rampant, to such an extent that most of the population could only afford to eat simple food even on Shabbos, and only the "rich" people could afford challos.  Unfortunately, poverty combined with the effect of the Haskalah made inroads into the religious level of the town during the inter-war period.
Bo Gender Mixing mingling modesty Rabbi Moshe Sternbuch Tznius