How to Bring Moshiach Today? 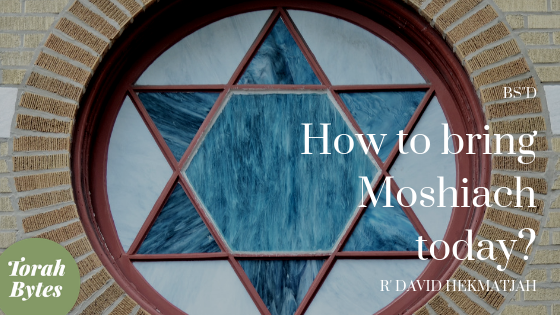 How to Bring Moshiach Today?

It's pretty simple.  End the baseless hatred, sinas chinam among ourselves. 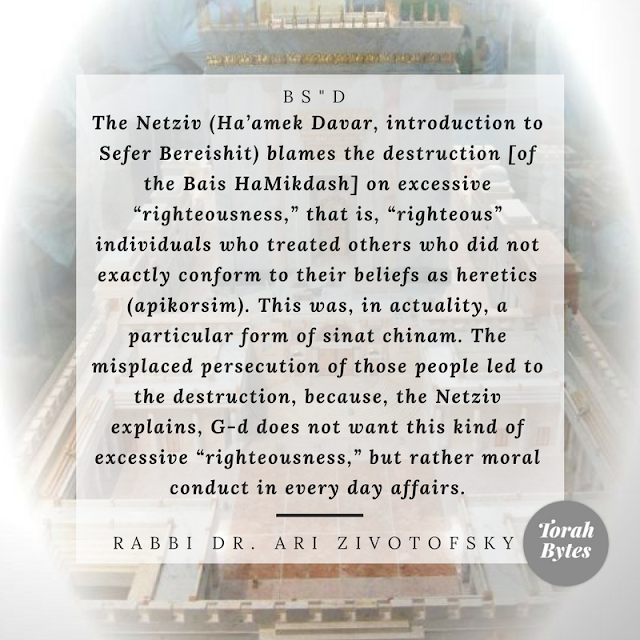 And for the rest of Torah Bytes on the subject of Loshon Hora, please visit this page: https://www.facebook.com/pg/torahbytes613/photos/?tab=album&album_id=116447005793822

Rabbi David Hekmatjah has a powerful Torah lesson on this as well.


The source of the video quotations can be found below.


A. R. Yehoshua ben Levi, Eliyahu, and the Mashiach

The tenth chapter of Massekhet Sanhedrin (Perek Chelek) lists those who have no portion in the World to Come, and first on the list is one who denies that the resurrection of the dead has its source in the Torah. The first sugya on the mishna begins by discussing the resurrection of the dead and concludes with a discussion of the future redemption and the Mashiach. In this latter context, the gemara cites the following story:

R. Yehoshua ben Levi met Eliyahu and R. Shimon bar Yochai, who were standing at the gates of the Garden of Eden.[1] He asked him, “Do I have a portion in the World to Come?” He answered him, “If this master desires it.” R. Yehoshua ben Levi said: “I saw two, but heard the voice of a third.” He then asked, “When will Mashiach come?” He said to him, “Go and ask him yourself.” “Where is he sitting?” “At the entrance to Rome.” “And by which sign shall I know him?” “He is sitting among the poor sick ones. All of them untie and retie [their bandages] all at once, while he unties and reties one at a time, saying, ‘In case I am needed [to appear], I must not be delayed [by having to retie all my bandages].’”

When he returned to Eliyahu, he [R. Yehoshua ben Levi] said to him, “He lied to me, for he said that he would come today [but he did not].” He answered, “Today – if you will hear His voice” (Tehillim95:7). Eliyahu then asked, “What did he tell you?” He answered, “Peace be upon you, son of Levi.” Eliyahu then said, “He thereby assured both you and your father of a place in the World to Come.” (Sanhedrin 98a)

אם in Tehillim 95:7 may stand for Aharon and Moshe, Esther and Mordechai, Eliyahu and Moshiach.