How to Get Hashem to Answer Our Prayers 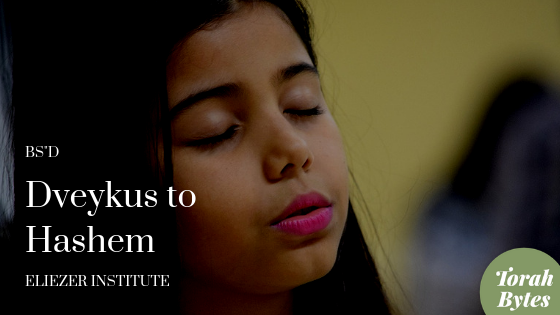 Most of our davening each morning consists of praises to Hashem that Chazal instituted we say prior to Shemoneh Esrei. Additionally, Chazal forbid any interruption between these praises and the actual Shemoneh Esrei. What is the reason behind these halachos?

The Yerushalmi (Brachos 1:1) states: “One who doesn’t juxtapose the brachos of the redemption (Ga’al Yisroel) to the Tefillah (Shemoneh Esrei), to what is he compared? To the beloved friend of a king who came knocking on his door. When the king came out to see what he wanted he saw that his friend had already left so the king left as well.”

Perhaps we can understand this Yerushalmi according to the Ralbag’s explanation for the requirement of juxtaposing Geula l’Tefillah. The Ralbag says the reason behind this halacha is: Before one prays to Hashem it is proper to attempt to praise Him to the extent of his abilities and only afterwards when he is clinging to Hashem should he ask for his needs… and this is the meaning of the Pasuk (Tehillim 37:4), “And take pleasure in Hashem and He will grant you the desires of your heart.” And this way his prayer will be heard due to the attachment of the Divine Providence to him. And this is also what Iyov (Iyov 27:9) said, “If he will rejoice over Hashem, he will call out to G-d at all times.” It seems that reciting Hashem’s wondrous praises brings a person to cling lovingly to Him. Since we know that to the extent one attaches himself to Hashem so will the attachment of Hashem’s providence be apparent with him, when one is in such a state of clinging to Hashem, his prayers will surely be answered. When one is in such a state, it is as if he is “the beloved friend of the king who is knocking on his door,” to whom the king comes out to fulfill his every request!

We see from here the critical need to focus on the infinite love between us and our Father in heaven before begin to pray, as we are assured, He will grant you the desires of your heart!