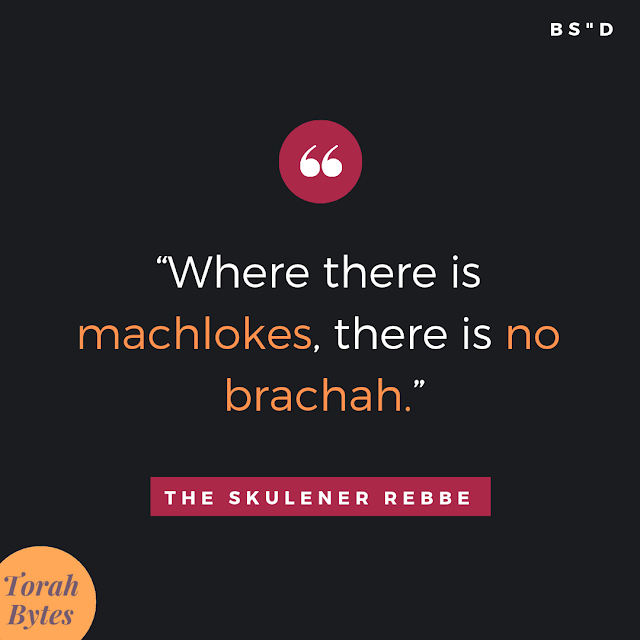 Tzipporah Kranzman* was growing more despondent by the year as she waited for Hashem to bless her with a child. It was becoming unbearable to watch other women in the neighborhood going through their busy daily routines filled with kisses, tears, school events and the wonderful, mundane chores of motherhood.

Her husband, Chaim, had never been one to seek brachos from Gedolim, but there seemed to be no other option. One of his friends had often told him to see the Skulener Rebbe, so he finally did it. After standing in a long line of visitors, he reached the Rebbe and poured out his anguish. “Where there is machlokes, there is no brachah,” was the Rebbe’s only reply. Chaim repeated his story and asked again for a brachah, but the answer was the same.

That night he spent hours trying to figure out how machlokes fit the picture. He wasn’t angry at anyone and no one had a grudge against him. Finally a name popped into his mind: Yitzy Fish- man. Yitzy had been his rival through high school. Much aggression, name-calling and bullying passed between them, and on graduation day, Yitzy told Chaim somberly that he never wanted to see him again.

Chaim launched an investigation and finally located Yitzy at the other end of the country, in Los Ange- les. As he flew there, he prayed fervently for the right words to heal the rift. At the airport he rented a car and drove directly to Yitzy’s home. With a heart full of trepidation, he knocked on the door and waited for it to open. As soon as Yitzy realized who was standing there, he tensed and turned hostile. “Get out of here!” he said, as if high school were yesterday.

After several tries at reasoning with Yitzy, Chaim broke down in tears and fell to his knees. Yitzy’s demeanor softened and he heard Chaim out. Yitzy’s response was utterly unexpected.

“I...I...I also...” and then he too began to cry. Nei- ther man had been blessed with children. Realizing the terrible damage their animosity had wreaked, they immediately asked and gave each other forgiveness and wished each other well. That year, Chaim and Yitzy each welcomed his first child into his life.

*All names have been changed. Adapted with permission from Stories that Awaken the Heart, by Binyomin Pruzansky, Mesorah Publications

TALK ABOUT IT: If you were Chaim, would you have flown to be across the country to end the quarrel?