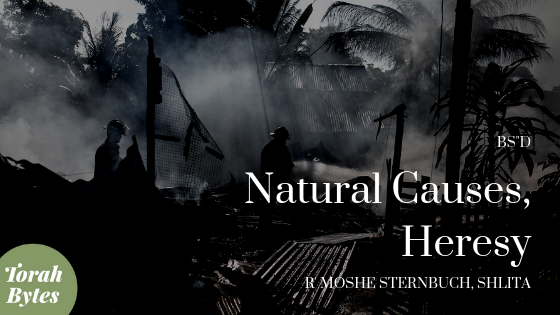 based on the Drashos of R' Moshe Sternbuch, shlita

We mention yetzias mitzrayim twice a day in kerias shema, and also in Kiddush on Shabbos and Yom Tov, in order to reinforce our belief in hashgocho pratis, and constantly remind ourselves that there is no such thing as nature, that Hashem guides all events through direct and individual Divine providence.

Rav Yerucham Levovitz would say that the main type of heresy prevalent nowadays is when people imagine that life events, such as making a living, are dependent on natural causes. Chazal tell us that “Sustenance is as difficult as spitting the Red Sea” (Pesochim 118a). Chazal specifically chose the example of parnosso, which seems to be totally dependent on seemingly natural causes and human effort in order to bring home the point that even this area of human activity is no less miraculous than the splitting of the yam suf. Just like that event was clearly miraculous, so is a person’s parnosso complete dependent on what the Cause of all Causes has decreed for him. Bringing about kriyas yam suf was a no more difficult feat for Hashem than taking care of a person’s sustenance, because for Hashem there is no difference between miracles and nature.

Unfortunately, it is prevalent for even the most religious people to hold false and heretical views by attributing everything to natural causes.

It is likely that someone with such views is guilty of idol worship, and the Chazon Ish was particular about yayin nesech not only with regard to Shabbos desecrators but also with regard to people with defective views.
Apikorsus Heresy Rabbi Moshe Sternbuch Vaera