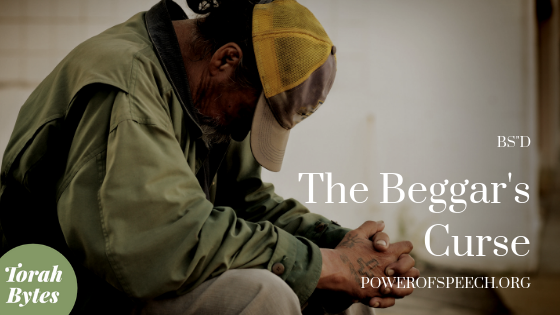 Every year on a certain day in June, Moshe makes a seudas hoda’ah. He’s been doing this for the past 30 years, ever since he experienced a remarkable miracle. And at each seudah, he tells the story of his miracle.

The story begins at Shacharis. As Moshe was leaving shul, bedlam broke out across the street. A store had been robbed, the owner had called the police, and bein adam lachaveiro – between a person and his fellow man. the robbers were on the run. As they ran, they spotted Moshe coming toward them and believed he was pursuing them, One of the robbers pulled out his gun and fired a shot. It hit Moshe in the chest.

Soon he was lying on a gurney in the local emergency room, clinging to life as doctors rushed around trying to stabilize his condition. Emergency surgery was necessary, but first the doctors ordered an x-ray so they could find the exact location of the bullet. They saw that the bullet had missed Moshe’s heart by a quarter of a centimeter. That tiny distance was all that had stood between life and death. The x-ray revealed another unusual feature as well; the bullet had not yet lost its momentum. It was still moving, ever so slowly, through Moshe’s body. No surgery could be done until it stopped.

The bullet’s path was clearly directed from Above. It missed every major artery as it traveled toward Moshe’s shoulder. There it lodged. It was in a location in which it could remain harmlessly, and therefore surgery was cancelled

One year at his seudas hoda’ah, Moshe told his story as but this time, Moshe’s friend Chaim filled in some previously unknown details.

“I was at shul that morning,” he said. “There was a guy who used to come to collect tzedakah at the shul every day, and he was a difficult character. He would never leave you alone. He always asked for more and he wouldn’t take no for an answer. On this day, the beggar met Moshe as he was on his way into shul. Moshe gave him money but the beggar kept insisting on more. Finally, Moshe told him, ‘I don’t have more. I work for my money and I try to get along on what I make. Why don’t you stop driving people crazy?’

The beggar told Moshe, ‘You shouldn’t start up with me. Anyone who started up with me is dead.’ Moshe came into the shul and sat down and cried. I asked him what happened and he told me that the beggar had cursed him. I didn’t believe he needed to take the words so seriously, but I went outside and found the beggar and asked him to take the words back. He refused, so I offered him a dollar to take back the curse. He wouldn’t. I offered two dollars, and then three. For three he agreed to forgive Moshe. A few minutes later, Moshe walked out of shul and was shot. But he wasn’t killed.”

Moshe’s story now had a new context. Hashem listens to the cry of the poor and oppressed, and no matter how ragged or unpleasant a person is, Hashem feels his pain. Fortunately for Moshe, his own remorse for his harsh words set into motion the wheels of his salvation.

As heard on the Chazak line shalom series

TALK ABOUT IT: What do you think actually saved Moshe?