And these are the Laws (Mishpatim) 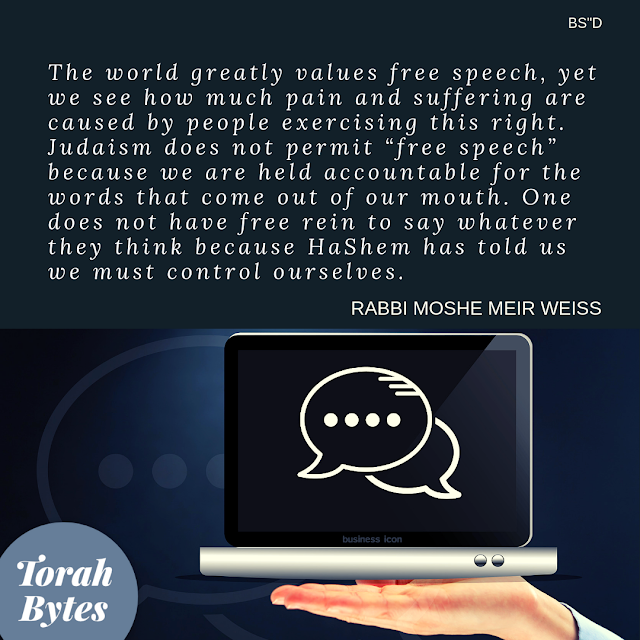 Parshas Mishpatim contains a number of different laws and Mitzvah categories. Some are unique while others are mentioned elsewhere.

While two weeks ago we left Egypt and last week we received the Ten Commandments, Mishpatim is all about loving each day with the Torah’s approach to life.

R’ Dovid Feinstein Shlit”a points out that the words “v’aileh, hamishpatim,” meaning, “And these are the laws [you shall place before them]” are intended to introduce a limitation.

He gives as an example the Jury System. In the United States people are entitled to be tried by a jury of their peers. In Jewish law, we have a court system that is based on the Torah and does not include this process. It would be wrong for someone to feel that the Jury System is the best way to adjudicate, and that the Torah’s way is not the best.

The world greatly values free speech, yet we see how much pain and suffering are caused by people exercising this right. Judaism does not permit “free speech” because we are held accountable for the words that come out of our mouth. One does not have free rein to say whatever they think because HaShem has told us we must control ourselves.

What lies behind this is the understanding that while human laws may seem appropriate, they are still flawed because humans cannot prepare for every case or situation that may arise. The Torah, however, is the guidance of G-d, Who has built all eventualities and circumstances into His Law.

What society considers correct changes all the time. It can go very far afield as we have seen in ancient and recent history. There is no system to correct societal errors other than to recognize that the Torah is our benchmark and its laws are the ones that should maintain primacy and guide our behavior.

That is why the instructions given after Sinai begin with the basic message that we must always consider what HaShem and the Torah want of us, and think less of what society may urge us to do or think.
Mishpatim Rabbi Jonathan Gerwitz Rabbi Moshe Meir Weiss