Are you Proud to be a Yid? 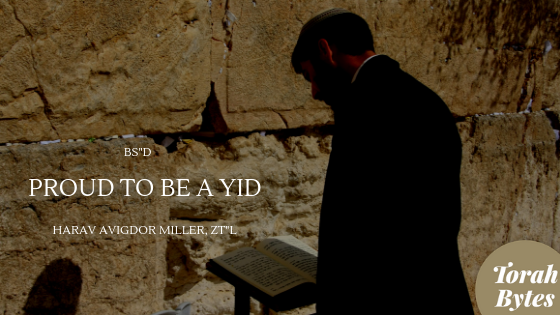 Are you Proud to be a Yid?

Reb Moshe Montefiore was the Lord Mayor of England. And he was also a baron. He was knighted by the king. That’s why he was Sir Montefiore. When he heard that in Russia they were persecuting the Jews, he decided to go to Russia and intervene with the Czar on behalf of his fellow Jews. So he travelled all the way across Russia with his own chariots. His own horsemen and a fancy carriage. The horsemen sat in the front, driving. And he was in the back. And on the side of the carriage were like private guards who could protect him if needed. And he was riding through Poland. He was riding through the streets of Warsaw.

In Warsaw, in Poland of old, they were all anti-Semites. They hated the Jews. And here they saw a Jew riding in a carriage. A Jew who’s a big k’nocker. So there was a goy who couldn’t contain himself. A boy, a shaygetz, came running after him and he shouted, “Zhid!” Zhid means Jew in Polish. It was a derogatory way of referring to a Jew. So Reb Moshe Montefiore stopped the carriage and told his footmen to go run and catch the goy. They caught the goy and he was trembling because he knew that this Jew was a powerful Jew. They brought him to Reb Moshe and his hands and feet were trembling. So Reb Moshe Montefiore said, “Look here. In London they call me the Lord Mayor of London. The Sheriff of this and this district. Baron and Sir and so on and so on. But the biggest, the most important title, is the one you called me. Zhid! There’s nothing greater than that in the world.” And Reb Moshe Montefiore gave the boy a quid – a half pound – and he sent him away. He thanked him and sent him away.
Rabbi Avigdor Miller