Serving Hashem as a Hypocrite 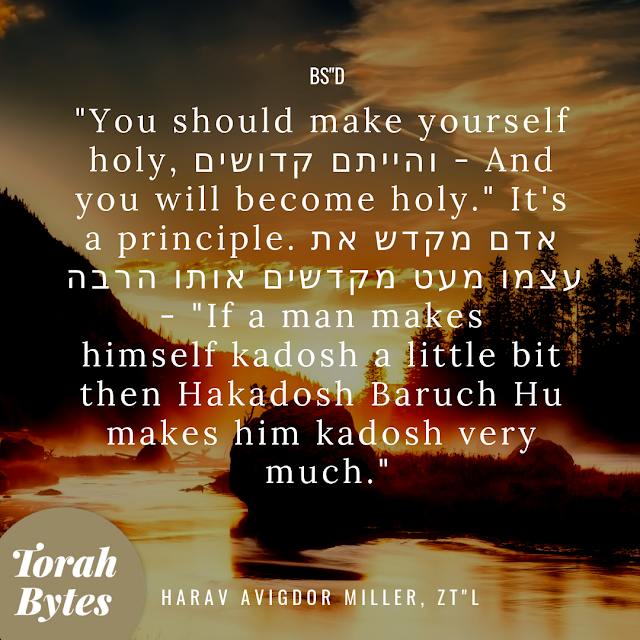 Rav Avigdor Miller on Be a Hypocrite

Q:
How do we create the desire to emulate Hashem's ways when actually we don't have such a desire?

A:
Now the first thing is to say to yourself, either quietly or in your mind, "I would like to be mekayem והלכת בדרכיו, walking in the ways of Hashem." Once you said that, you have to know that you have already made a decisive step in the right direction. It's remarkable what making a decision with words can mean. Just say, "I want to be mekayem loving the Am Yisroel like Hashem loves them." Once you say that, you should know that you have made a very important step in life.

Only that you're not going to do it, that's the trouble. But if you would however, then Hakadosh Baruch Hu says, "You made one step, so I'll give you a big push," and you'll be surprised how far you'll go ahead. והתקדשתם והייתם קדושים. What does that mean? והתקדשתם - "You should make yourself holy, והייתם קדושים - And you will become holy." It's a principle. אדם מקדש את עצמו מעט מקדשים אותו הרבה - "If a man makes himself kadosh a little bit then Hakadosh Baruch Hu makes him kadosh very much." It's a very important principle, and this principle you'll find everywhere in the Torah. וראיתם אותם, look at your tzitzis, וזכרתם, and you'll remember כל מצוות השם. It's a bris, it's a promise. ועשיתם את כל מצוותי, and you do the mitzvos, והייתם קדושים, and you'll become holy. By doing mitzvos you'll become kadosh. How do you become kadosh by doing mitzvos? The answer is Hakadosh Baruch Hu rewards you. So once you'll start in the right direction, then from then on Hashem helps you. Of course, if you start with a bigger amount of energy, He'll give you a bigger push, but in general that's the way to do it.

So the very first step you have to know is the step of a hypocrite. You don't mean it. But you shouldn't care about that. Do it anyhow. Be a hypocrite. Say, "Hashem I love You." Now, actually you don't love Hashem. It's true that you don't. You love ice cream, that you love. You love cake. You love watermelon. But Hashem? Say it anyhow! "I love You Hashem."

Realize that you have made a very big step in your life if you say that. A very big step! And most people never said it once in their lives. So when you walk out of here tonight don't lose the opportunity. Nobody should listen. Say," I love You Hashem." Say that. It's a tremendous achievement. Once in your life you said that, and you don't know what the consequences could be.

And therefore you always must start out in an insincere way; but at least you started out. And then Hakadosh Baruch Hu takes over.
TAPE # 870
Holy Hypocrite Lo Lishma Rabbi Avigdor Miller