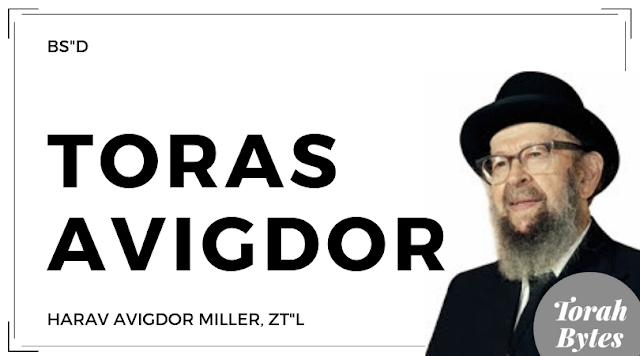 Q:
When one learns a mussar sefer, should he learn one line over and over again like I heard the Rav mention once, or should he keep moving and finish the whole sefer?

A:
Let me tell you, that's a good question. A very good question. And the only answer is that you have to do both things. You should learn the entire sefer, because you need yedi'os; there are so many important ideas that we don't know. The Mesillas Yesharim, for instance, is a chest full of diamonds. Every line is full of important yedi'os. So you must learn it all.

And yet, you'll soon discover that when you skim through the lines superficially, that you have missed out. You'll never get the real meaning unless you think about a single idea, again and again and again. And later in life, sometimes you'll go back to it again, and you'll say, "Why didn't I understand that when I was a boy? Why did I miss out on such an important idea?" And the answer is that you learned it too rapidly.

And therefore, you need both things. You have to learn it all, so that your mind will be filled with Torah ideals. But you also have to learn one line many times, again and again, like they do in some yeshivos, until it finally sinks in.

When I came to Slobodka, I discovered that they learned one line for a half hour every night. That was mussar seder. The same line! For a half hour! And on motza'ei Shabbos they didn't have any lights in the Yeshiva; it was dark. It was after seudas shlishis and we all sat in the dark. And each one of us was saying a line by himself, aloud. Louder and louder. And louder and louder. At the end, everyone was shouting. The whole Yeshiva was shouting! All their kochos, all their strength, went into that one line. An then there was a klop on the bima; והוא רחום יכפר עון, and we davened ma'ariv. I must tell you that it was a tremendous experience. It was like going through a mikveh, a mikveh of fire, of kedusha. One line for an hour! It was electrifying! A full hour in the darkness! And you concentrated on it. And you begin to feel what the words are saying. What are the words telling me? You begin to feel it. And you should know that you still don't understand it fully. But it's still a tremendous achievement!

Our great men were able to contain in a few short words a whole world of wisdom. The Gra said about the Mesillas Yesharim, he said "I read the first eleven perakim and I didn't find one superfluous word." And so it's to your greatest benefit that you spend time on each line, and that's besides for going through the sefer and gaining yedi'os.

Loshon Hora without All Seven Conditions of Toeles

One case out of many that may be considered to'eles in the case of a wrongdoing bein adam l'chaveiro: G. To Warn Others Warning one's children or students [563] to stay away from a person or group with destructive character traits, so that they will not learn from them [564] is permissible and even commendable. [565]  The issur of loshon hora is based on malicious intent of the speaker. In this case, since the purpose of relating the negative information is not to hurt the subject but rather for the to'eles of saving others from potential spiritual harm, it is permissible. [566]  It is imperative that one explain to the listeners the reason for his disparaging remarks, lest they suspect him of loshon hora, and also so that he not cause them to speak loshon hora in other, non-justifiable situations. The seven conditions for permitting loshon hora are not required here, except for the main factor of having the right intentions and not speaking out of dislike or malice to