The Chofetz Chaim on Teshuva and Hastening the Final Redemption 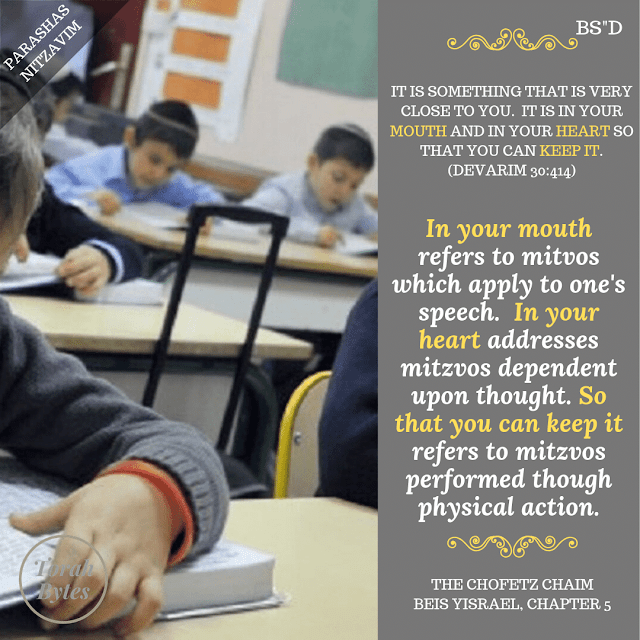 There is more than one means of hastening the Final Redemption.  Even if we are not able to fully repent for all our sins at once, we do have the ability to work on doing teshuvah in small gradual steps.

First, we should make slight improvement in those personal speech habits most likely to lead to sin.  Here, several transgressions come to mind, such as lashon hara and reporting lashon hara to the victim (rechilus), embarrasing others, verbal abuse, lying, trickery, anger, dissension, cursing and irreverence. One should strive first to improve in the areas that are especially problematic for him.  In a short time, caution in all realms of forbidden speech will follow.

Next, one should try to make amends for sins involving thouhgt and the faculty of vision.  The Torah testifies that man customarily sins with his heart and eyes; as the verse states: ולא תתורו אחרי לבבכם ואחרי עיניכם אשר אתם זנים אחריהם --- "Do not stray after your heart and eyes which have led you to immorality" (Bamidbar 15:39).  Chazal say, "Let not a person have wicked thoughts by day, lest it lead to sin by night."

One should next rectify those sins which are committed through action.  In this regard one should refer to Sefer Mitzvos Hashem and the section on Torah prohibitions tied to physical deeds.  Foremost among those sins to be avoided are Shabbos violations, for the Torah specifically warns us what will happen if we profane the Shabbos: מחלליה מות יומת -- "Those who violate it shall be put to death" (Shemos 31:14).  Not only should one be careful in this respect with regard to his own conduct, but he should do whatever he can to prevent his family members from violating these prohibitions as well.  Chazal state concerning the punishments for sins which incur the death penalty that "the laws of the four capital punishments were never nullified" [i.e., although we no longer have judicially executed death sentences, Hashem will bring death to violaters in a manner parallel to the judicial sentences.  For example, various accidents may ocur in place of stoning].