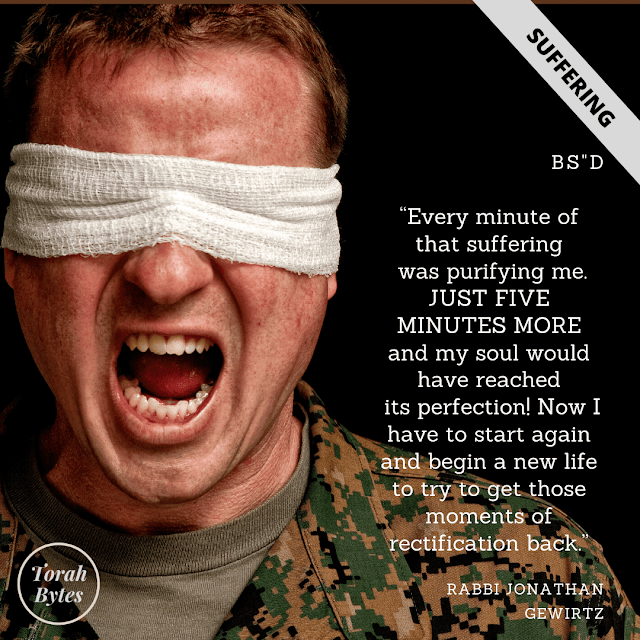 A woman sat near her mother’s bedside watching her debilitating disease drag on. She wondered to herself why her mother was suffering so. With these thoughts on her mind, she went about her preparations for Shabbos and stopped at a takeout store. She made some comment to the storekeeper who told her the following frightening story:

A fellow was in the hospital in a vegetative state. His son had been visiting him and decided his father was living in hell, with no hope of quality of life or dignity in sight. He decided it was time to end it and he directed the doctors to “pull the plug.”

Shortly after the funeral, his father came to him in a dream. “Every minute of that suffering was purifying me. JUST FIVE MINUTES MORE and my soul would have reached its perfection! Now I have to start again and begin a new life to try to get those moments of rectification back.”

The woman was comforted as she now understood there was a purpose to the pain.

As told by Rabbi Jonathan Gewirtz.