BELZER REBBE SPEAKS AFTER THE HOLOCAUST 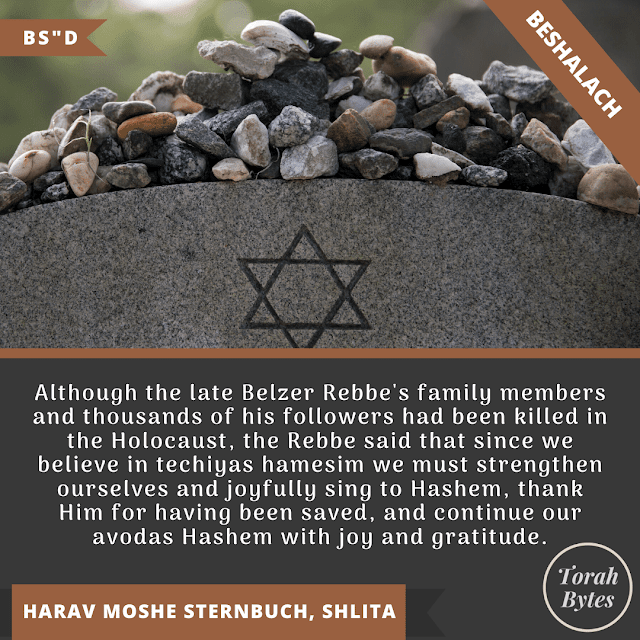 BELZER REBBE SPEAKS AFTER THE HOLOCAUST

based on the droshos of HaRav  Moshe Sternbuch, shlita

“Then Moshe and the bnei yisroel sang this song to Hashem” (Shemos 15:1).

Rav Sternbuch heard from someone who was present there about the first tish held by the late Belzer Rebbe, Rav Aharon when he came to Eretz Yisroel. The Rebbe asked how Moshe and the whole nation could have sung the shiras hayam joyfully after the majority of the nation had died during the plague of darkness (see above).

The Rebbe offered words of encouragement to those present and added that although his family members and thousands of his followers had been killed, since we believe in techiyas hamesim we must strengthen ourselves and joyfully sing to Hashem, thank Him for having been saved, and continue our avodas Hashem with joy and gratitude. Rav Sternbuch heard that the Rebbe’s fortitude and personal example had a profound effect on his followers.
Beshalach Holocaust Rabbi Moshe Sternbuch Techiyas Hamesim The Belzer Rebbe