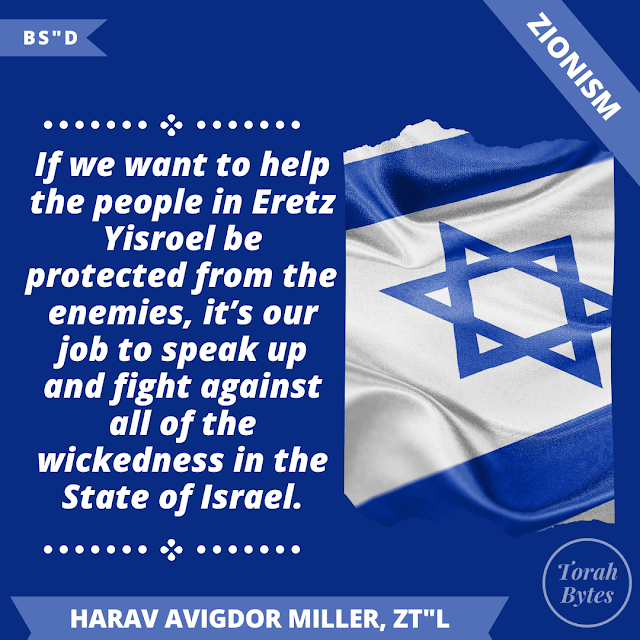 Rav Avigdor Miller on Helping Out In Eretz Yisroel

So we have to exert pressure because we don’t want that. Because השם אלקיך מתהלך בקרב מחניך להצילך מאויביך. It says Hashem walks in your midst to help you against your enemy. But it says ולא יראה בך ערוות דבר ושב מאחריך – If He’ll see immorality among you, so the Shechinah will depart. It means He’ll let you be defeated. So if we want to help the people in Eretz Yisroel be protected from the enemies, it’s our job to speak up and fight against all of the wickedness in the State of Israel. So, just as this young man who doesn’t go right now and put on a uniform because he wants to help them eventually by becoming a physician, so we’re also helping in our own way. It’s a very big help if you write letters and protest against what’s going on there. Of course, now there’s a better regime. Up till now there was a Marxist regime but now there’s a better regime and let’s hope that these things are going to change. TAPE # 204 (February 1978)