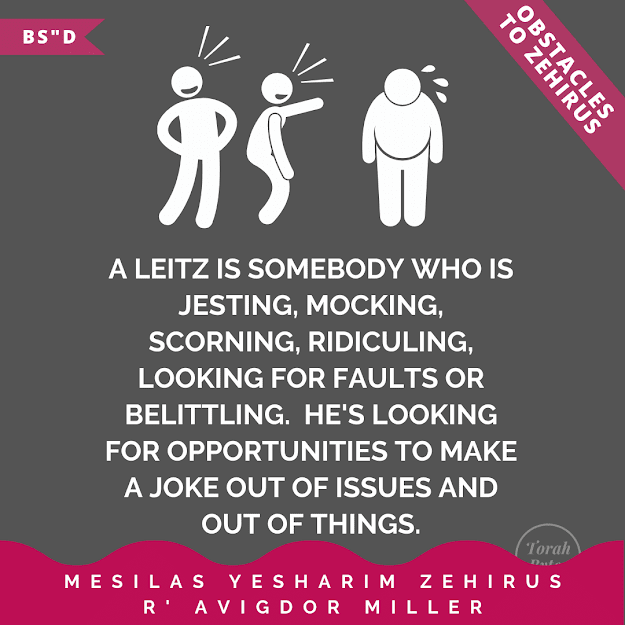 Q: What's so bad about leitzanus (cynical or derisive reaction to reproof or to events that might lead to self-reproach) and how does one avoid it?

A: Now, that's a very big subject. The Mesillas Yesharim has a big section about leitzanus and you must study it very well. The gemara (Avodah Zarah 18b) says, קשה היא הליצנות - leitzanus is such a dangerous midah, שתחילתו יסורים – that the punishment for it just begins with suffering. Hashem starts by sending suffering down on the leitz. You see, a leitz doesn't think. He's not a thinking man. Now, he may be a thinker in his business. Or he may be a thinker as a college professor. But he's not a thinker about the important things in life; he doesn't think about Hashem. So Hashem sends tzaros down on him because tzaros make a person serious. It's much harder to laugh off tzaros. Torah ideals he might laugh off but tzaros helps him stop being a leitz.


But I knew a leitz that despite his tzaros he was still a leitz. So the gemara there says, תחילתו יסורים וסופו כליה – It starts with yissurim but if you don't take the hint, if you don't get the message, then it ends with destruction. Now, this leitz was a frum man, but he was a leitz. Finally something terrible happened to him. And I understood that Hashem was trying to get him to stop his leitzanus. But no, he never stopped. So finally Hashem said, "Okay. We'll make a stop to you!" So Hashem made a stop to him. Leitzanus is as very bad midah to have. It can become very dangerous. The punishment starts with suffering, and if you don’t get the hint it ends with destruction.

When a person learns Mesillas Yesharim he will see in the early chapters about zehirus how one has to beware and be careful with what he does in life. And he speaks about how leitzanus removes our minds from the obligation to be careful in life. And because that obligation is so important, therefore Hashem makes sure to remind you about it – and the reminders begin with suffering. So the answer is that you must learn Mesillas Yesharim. Learn the chapters on zehirus and it will be a great benefit to you. 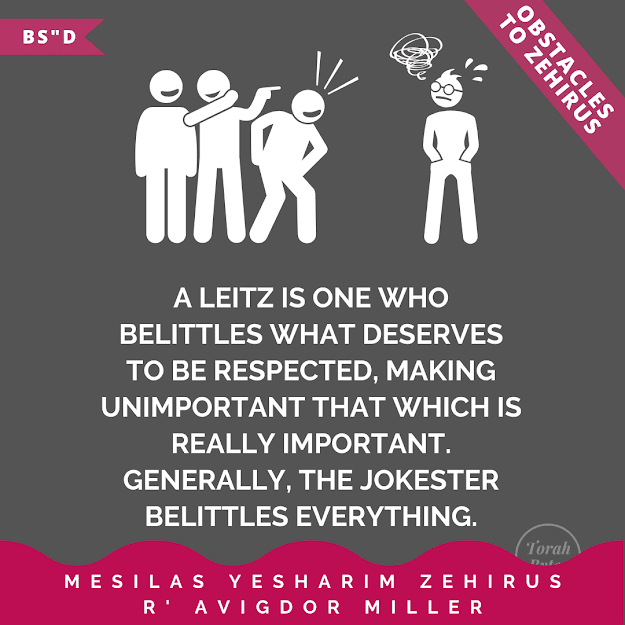 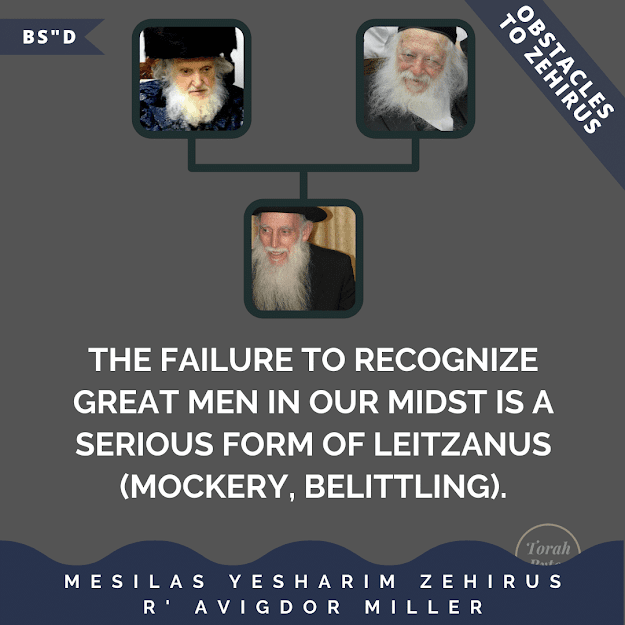