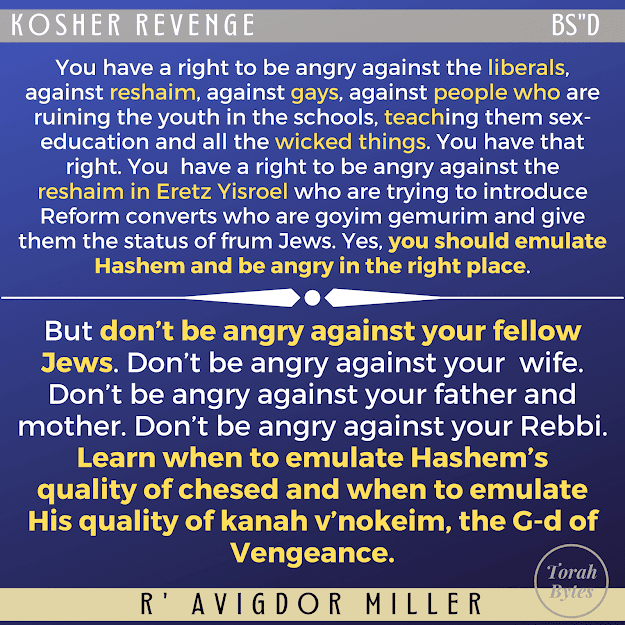 Q: The Rav spoke tonight about Hashem being a jealous and vengeful G-d. So if I become angry or jealous, isn’t that a way of emulating Hashem?

I’ll tell you. If you’ll go out, let’s say, in the street at night, and you’ll see somebody who’s trying to mug an innocent person. And you happen to be well-armed; you carry with you a knife. And you’re strong and you know karate and you know that you’re able to save that man. So you should be angry too! Emulate Hashem! Hashem is angry against evil-doers so you be angry as well. So hop into it and save that innocent person from the rasha. There, you have a right to be angry.

Absolutely, you’ll have to learn how to apply both qualities. Nekama, revenge, is a very great thing when it’s utilized in the right place. That’s what the gemara (Brachos 33a) says. But otherwise, it’s considered a wicked middah. לא תקום ולא תטור את בני עמך. You shouldn’t utilize that middah against your people. Therefore, all the middos of Hakodosh Boruch Hu certainly we should emulate – only you have to learn when.
TAPE # 606
Revenge