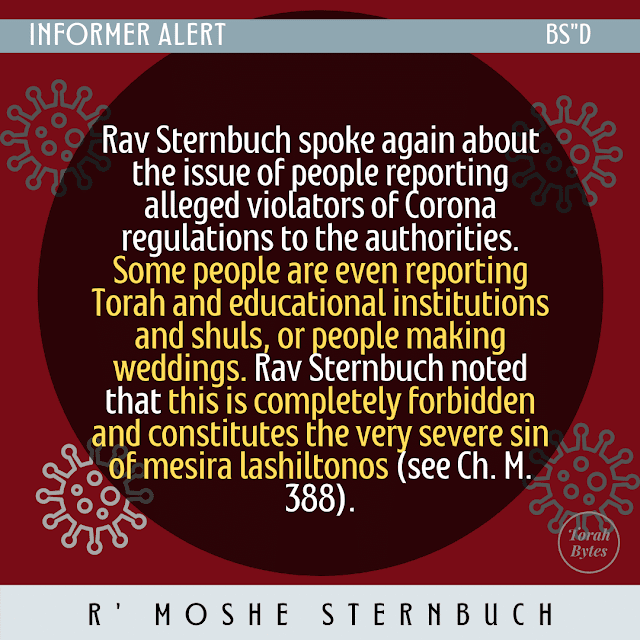 CORONA UPDATERav Sternbuch spoke again about the issue of people reporting alleged violators of Corona regulations to the authorities. Some people are even reporting Torah and educational institutions and shuls, or people making weddings. Rav Sternbuch noted that this is completely forbidden and constitutes the very severe sin of mesira lashiltonos (see Ch. M. 388).

It is only permitted to report people to the authorities in very specific situations where people are endangering the public and have to be stopped in order to save the public. Even then the violators have to be warned first and an authorized rabbi of stature must be consulted first, and each case must be discussed separately (Rav Sternbuch addressed this issue during the first Corona wave). Rav Sternbuch reiterated that it goes without saying that every person has to be careful not to harm others, and we are careful about pikuach nefesh no less than the secular authorities. However, those who report others to the authorities in unjustified circumstances, cannot be counted as part of a minyan, no matter how religious they are, as ruled in the Shulchan Oruch, and they have no portion in the world to come (unless they repent). 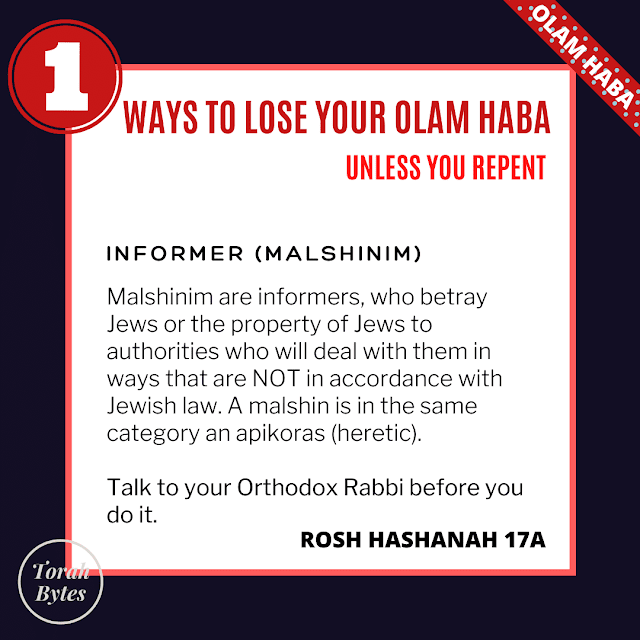 Regarding the reopening of yeshivos and chadorim Rav Sternbuch already stated more than six months ago that this is of the utmost importance, and if they remain closed that is more dangerous than the dangers posed by the virus itself. Rav Sternbuch stated that if we demonstrate to the authorities that the yeshivos and chadorim are our lifeline, we will merit divine assistance and they will not prevent us from opening them, based on the necessary health precautions. 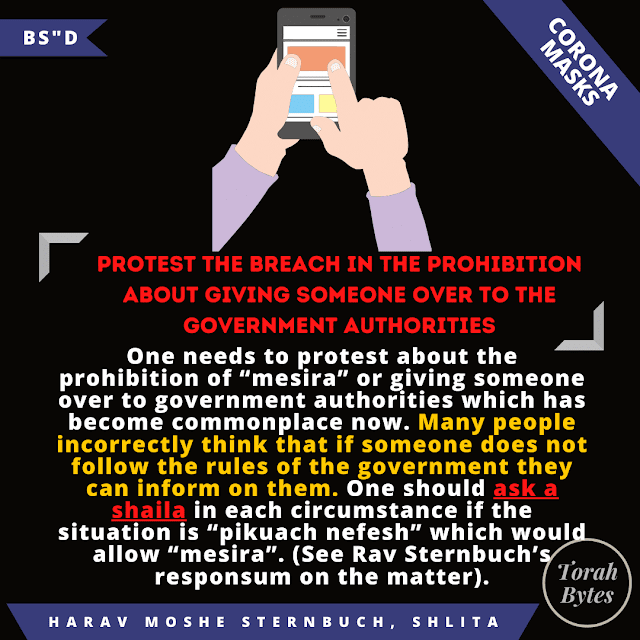