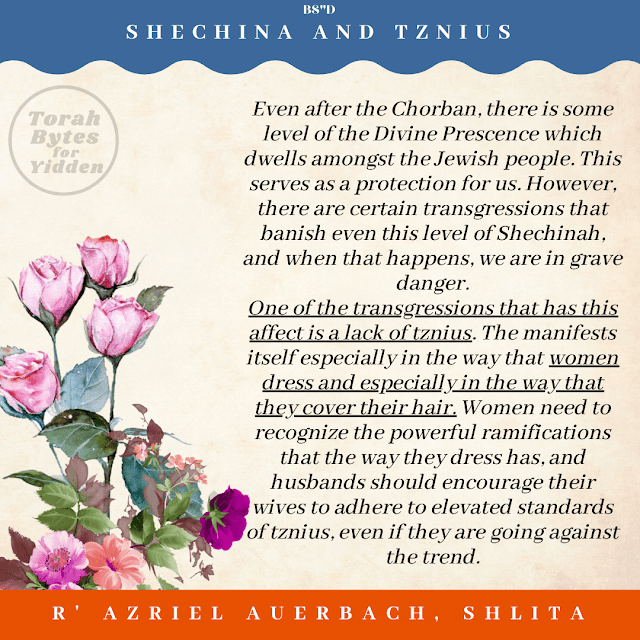 After many tragedies have befallen the Jewish people in the past weeks, I would like to try and get a clearer understanding of what Hashem wants from us.

During these weeks of Bein Hameterim we mourn the fact that the Shechinah left the Beis Hamikdash. We should try and internalize that when Hashem’s Prescence rests on the Jewish people then we are protected. When the Shechinah departs from us, we became susceptible to all forms of danger. Even after the Chorban, there is some level of the Divine Prescence which dwells amongst the Jewish people. This serves as a protection for us.

However, there are certain transgressions that banish even this level of Shechinah, and when that happens, we are in grave danger. One of the transgressions that has this affect is a lack of tznius. The manifests itself especially in the way that women dress and especially in the way that they cover their hair. Women need to recognize the powerful ramifications that the way they dress has, and husbands should encourage their wives to adhere to elevated standards of tznius, even if they are going against the trend.